It’s surprising, how many movies were shot in Budapest, or in Hungary. This popularity among filmmakers may be because of the cheap fees and the fact, that this city has a very mixed landscape and architecture, which makes it suitable to ’play the role’ of almost any other European cities. For example, in the 2005 movie München by Steven Spielberg Budapest was transfigured to Rome, Paris, London, and München, but our capital also portrayed Moscow (Die Hard 5), Baltimore, Belgrade (The Raven), and Berlin (Spy Game, The Debt) in other films, and even Argentina in Evita (1996). 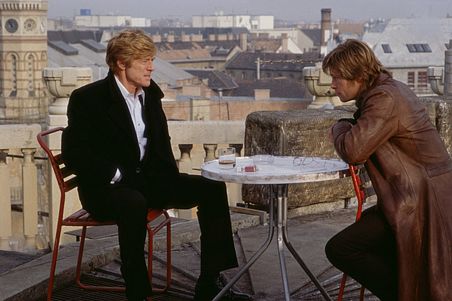 Brad Pitt and Robert Redford in Spy Game, with the Synagogue in the background

While in Western cities the fees of shooting a movie are rather high, in the East, like in Budapest it is approximately 2000 Ft/squaremeter/day. That’s why Budapest, Bucharest, and other Eastern capitals are wery popular locations for Hollywood.

Only in the last few years, there were numberous Hollywood-movies shot here. The most well known, for us at least, is the latest Die Hard, which was a very popular subject back then. People were excited about seeing Bruce Willis or trying to recognize places in the trailers. There were also several Hungarian actors in lesser roles too, so it was a very interesting matter.

But we also had Angelina Jolie for a while, when she was making her first movie as a director: In the Land of Honey and Blood, which was set in the Bosnian war. Brad Pitt’s World War Z had also scenes taken in Budapest, but in the end these were cut out of the movie. The last Mission: Impossible film, Ghost Protocol had a scene in which Josh Holloway gets in a gunfight near Eastern Railway Station.

The city’s atmosphere seems to be perfect for fantasy films. The 2002 vampire-werewolf story Underworld was taken in the undergrounds of the Hungarian metrolines, on Ferencziek tere and in Gozsdu udvar. This movie had other Hungarian refrences too: in the story, the first vampire and werewolf were the sons of Alexander Corvinus, a Hungarian warlord. 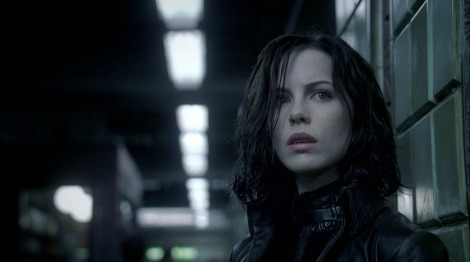 Two years later, another vampire-story was made in Hungary. Van Helsing, starring Hugh Jackman and Kate Beckinsale was set in Transylvania, which was actually part of Hungary until 1920. In 2005 a complete village was built as the setting of Eragon, and Del Toro’s Hellboy 2 was filmed in the Korda Studio in 2007.

Movies are also being made in Budapest now. Hercules: The Thracian Wars is filming with Dwayne The Rock Johnson, and a sci-fi called The Mark is also being shot here.

One response to “Movies shot in Budapest”